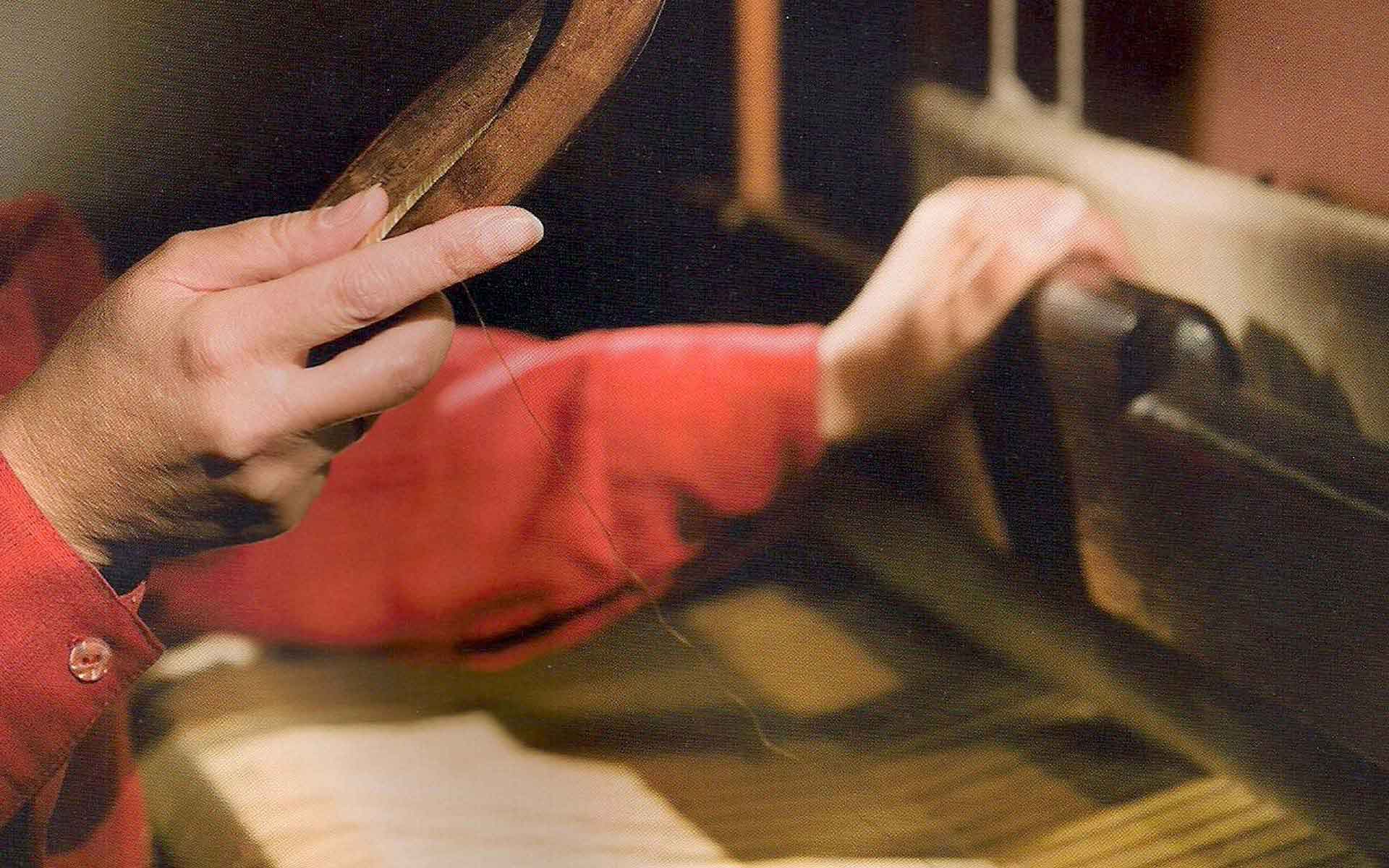 Museum and Handycraft Silk Workshop founded in El Paso in 2002 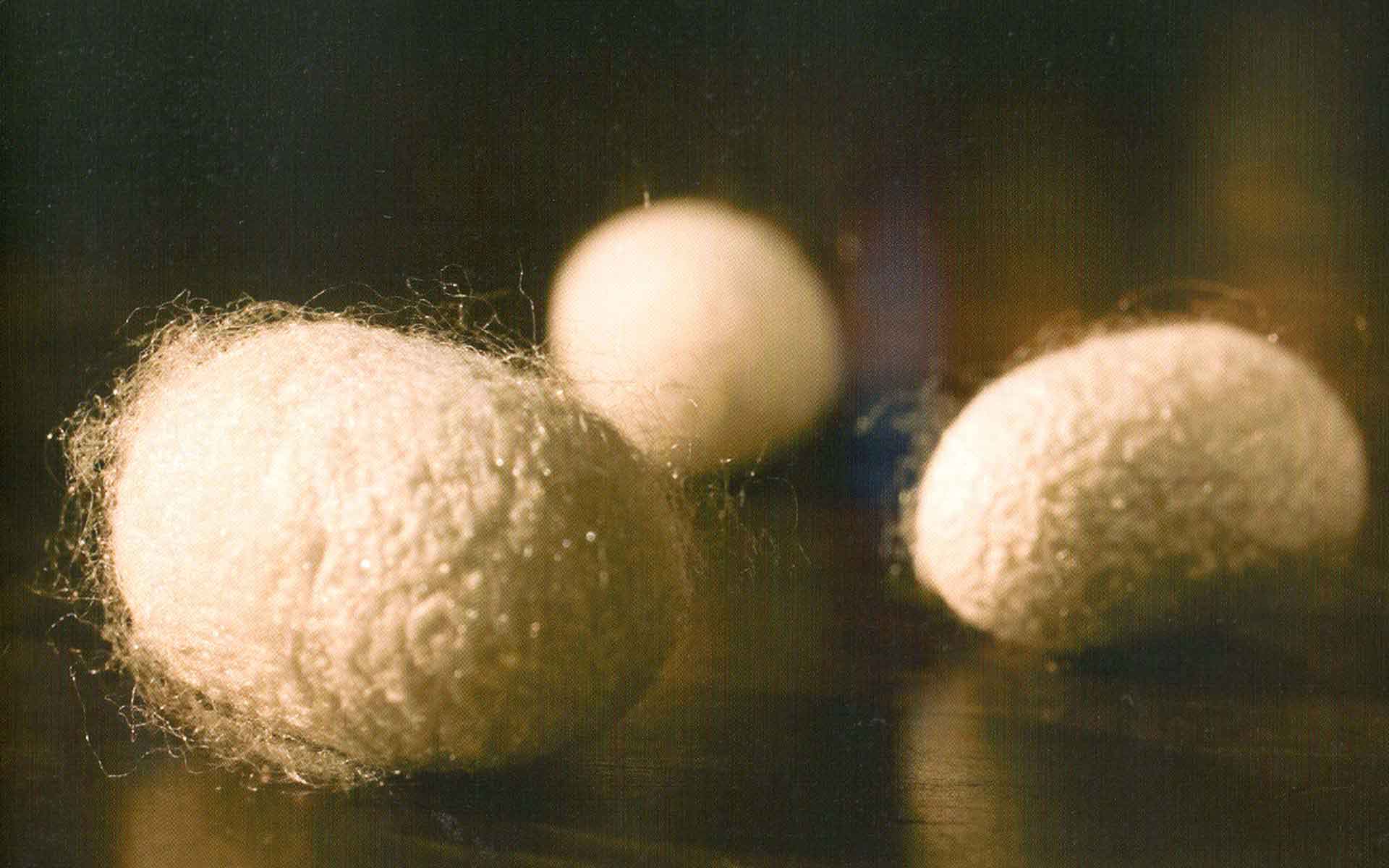 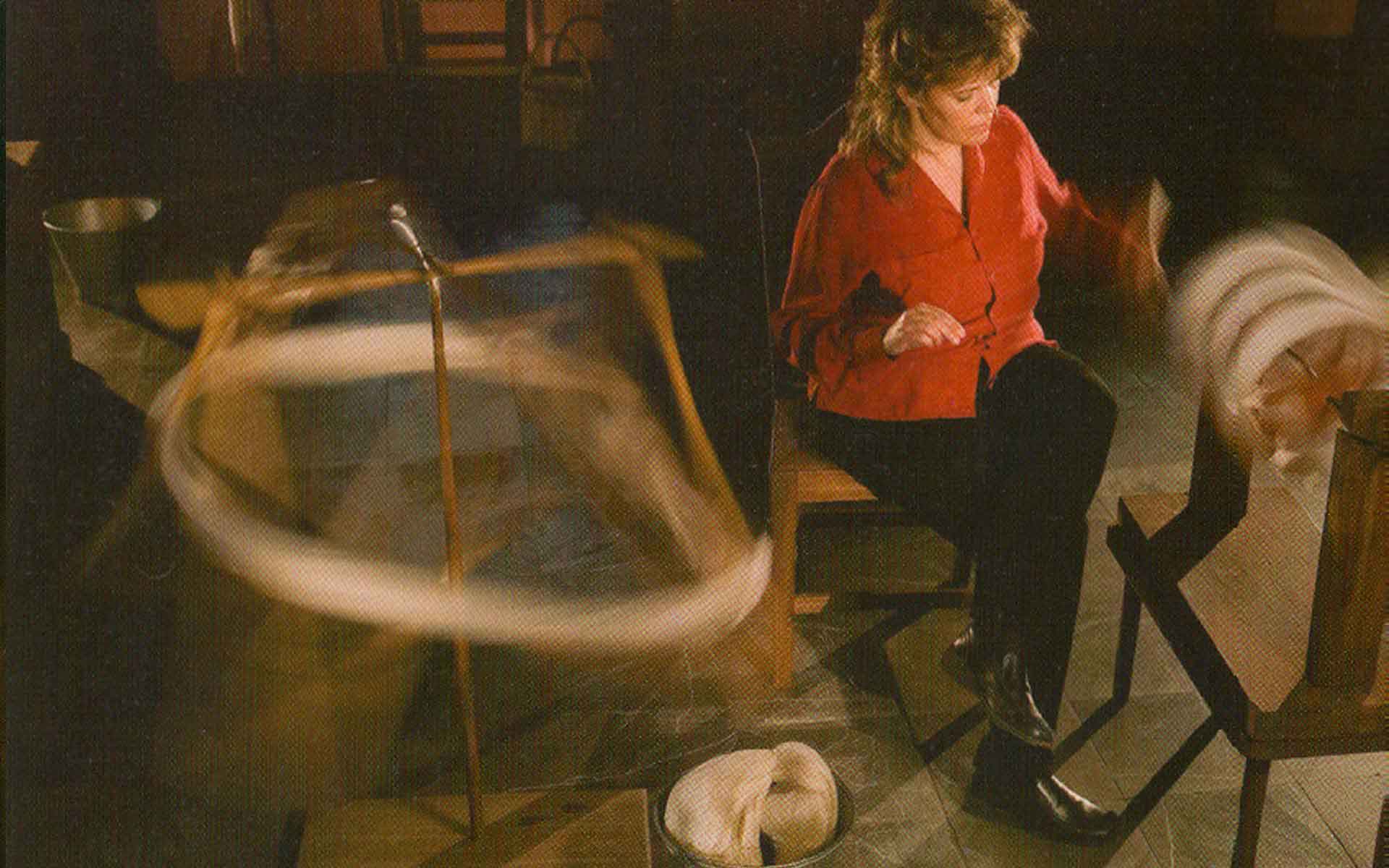 Enjoy the art, the legends and a live workshop. Only workshop of Silk of the Canary Islands

La Palma is the ancestral home of many great artisans who have absorbed influences from other cultures while conserving the essence of their own refined products. In fact, handicrafts have provided the livelihood for many of the island’s families and the tradition has been passed down through the generation by way of oral teaching and working side by side. Cigars, embroidery, basketwork, pottery, tatting, confectionery… and silk, one of the oldest trades practised by families from all over the island, each involved in breeding silkworms in order to sell the cocoons to the artisans.

The silk industry became an important factor in the local economy in the 16th century with the introduction of the textile techniques of the time, following incorporation of the island to the Castilian Crown. The trade was mainly carried out by men, although these days it is an exclusively female domain. Silk and embroidery from La Palma was widely exported to the Spanish mainland and to Flanders, a port that maintained regular commercial trading with Santa Cruz de La Palma. Both products enjoyed an important status in Europe until fashions shifted in the 18th century and silk was relegated to a merely decorative level with the move towards cotton.

These days this ancient local handicraft is till practised par excellence at the Las Hilanderas El Paso workshop, the last place in Europe which has conserved a fully manual silk production process. 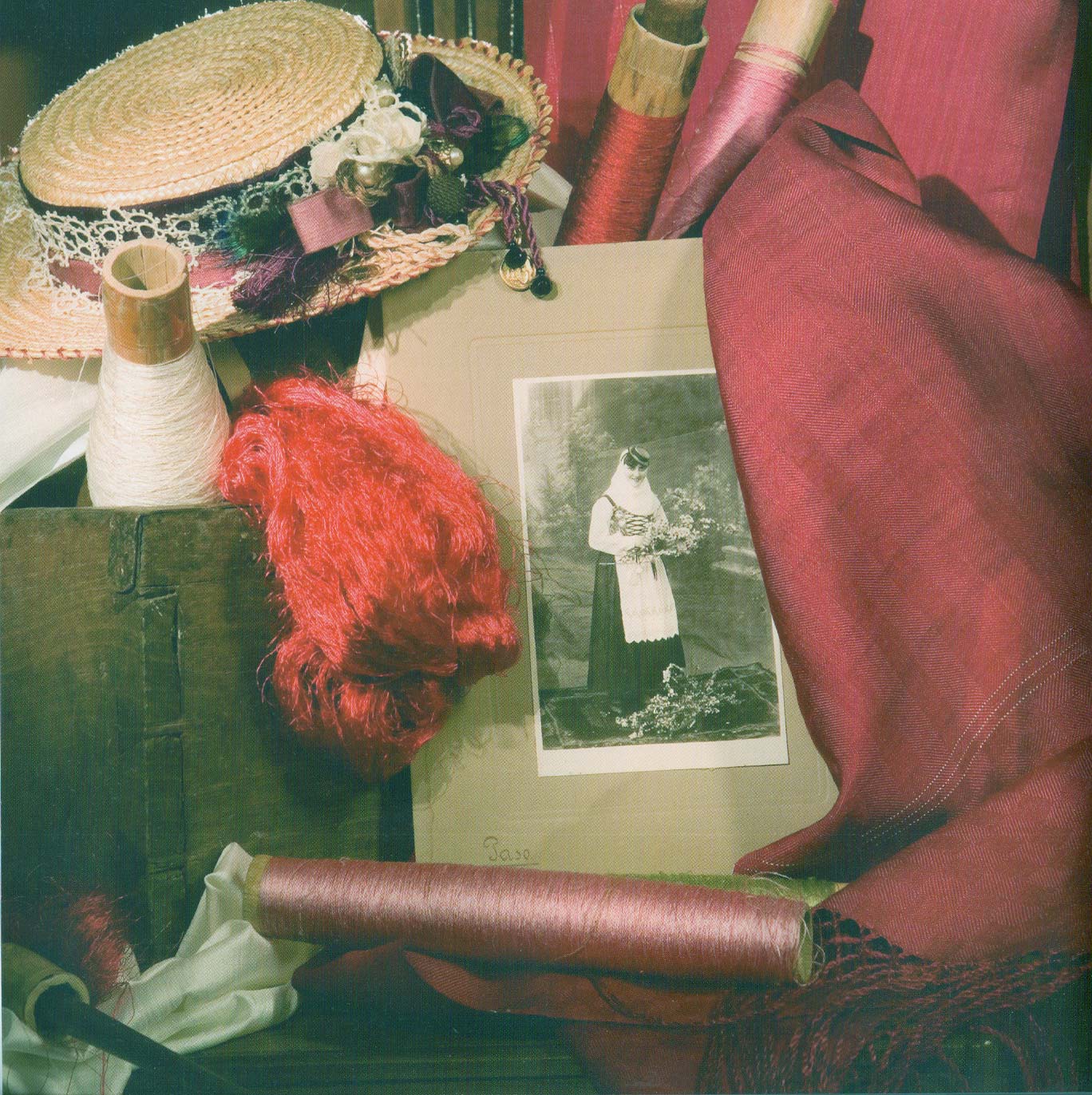 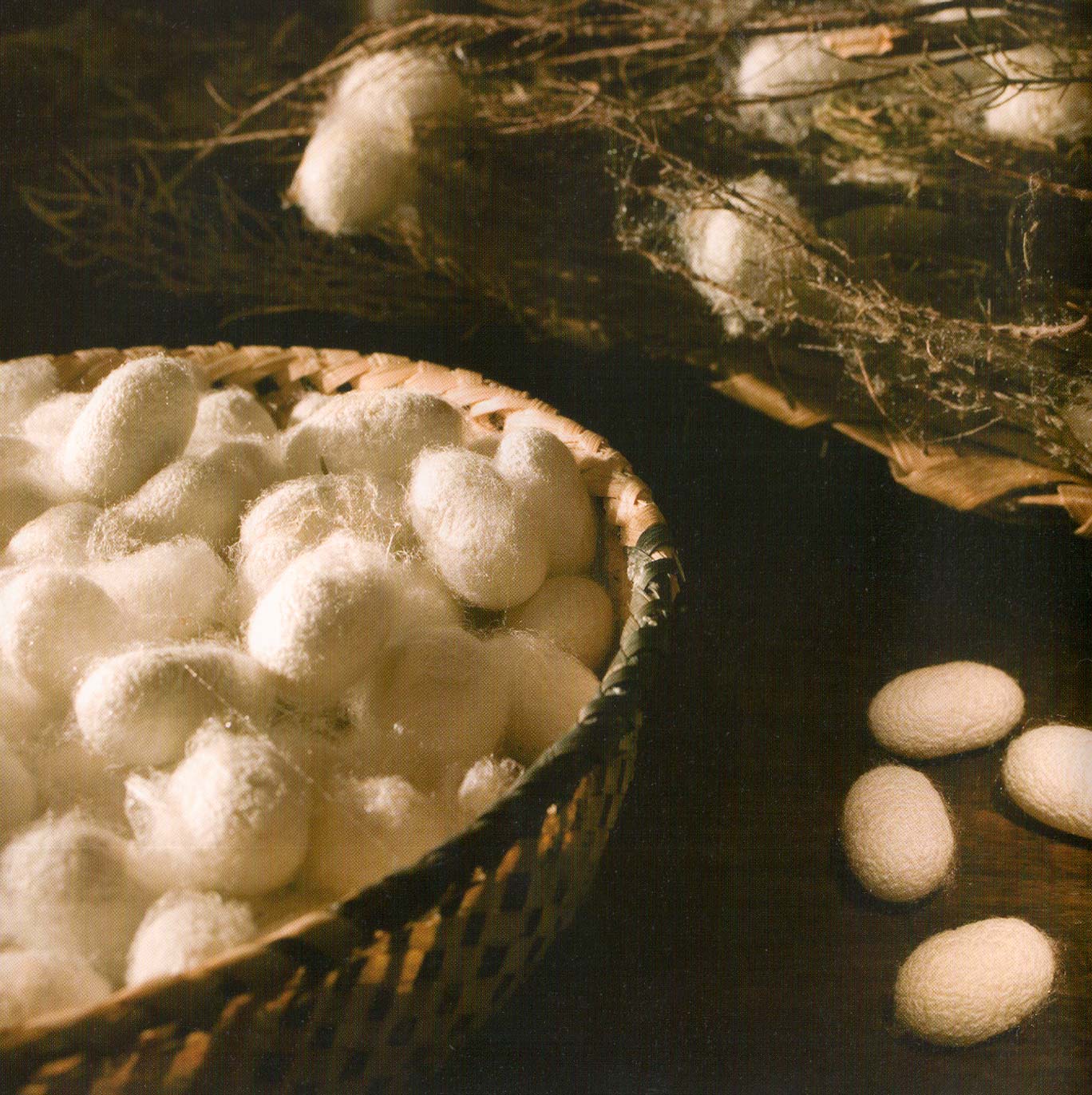 The sil-making process begins in spring with the birth of the larvae from eggs laid by the silkworm moth (Bombix mori) which produces around 400 to 500 eggs during its fleetin 5-day life. The eggs have a hibernation cycle of around 300 days meaning each season relies on breeding processes from the previous year. The silkworms are fed exclusively on leaves from the mulberry or white mulberry tree which are collected fresh every day and broken into small bite-size pieces by hand.

The are delicate creatures and, in order to ensure their survival, temperatures and humidity levels must be closely controlled and strict hygiene standards must be met. After a period of 38 days, in which time they moult four times, the silkworm’s body weight swells to 8.000 times its initial weight and the creature retreats into its white capsule. Some of the silkworms break out of the cocoon and turn into moths, once again beginning one of nature’s many extraordinary cycles.

Treatment of the silk fibre begins by “drowning” the cocoons in a copper cauldron filled with hot water; this must always be kept at just below boiling point as boiling water would damage the cocoons. This causes the fine threads to be released.

The sedera (silker) gently brushes the tread using dried heather leaves and guides them through a wheel. The hebrera (threader) then transfers them to large and small reels, manoeuvring the wheel to create skeins of raw silk. 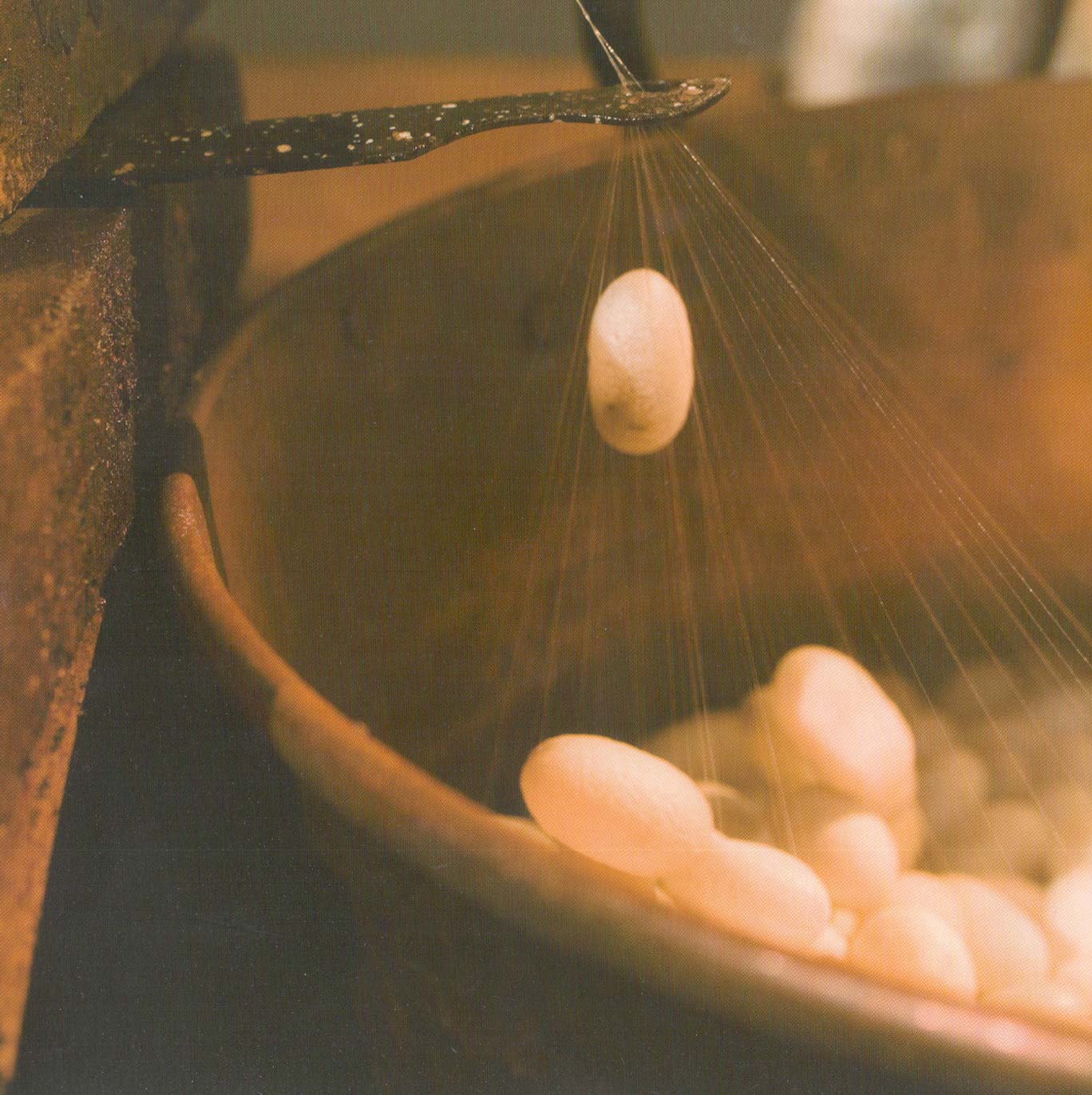 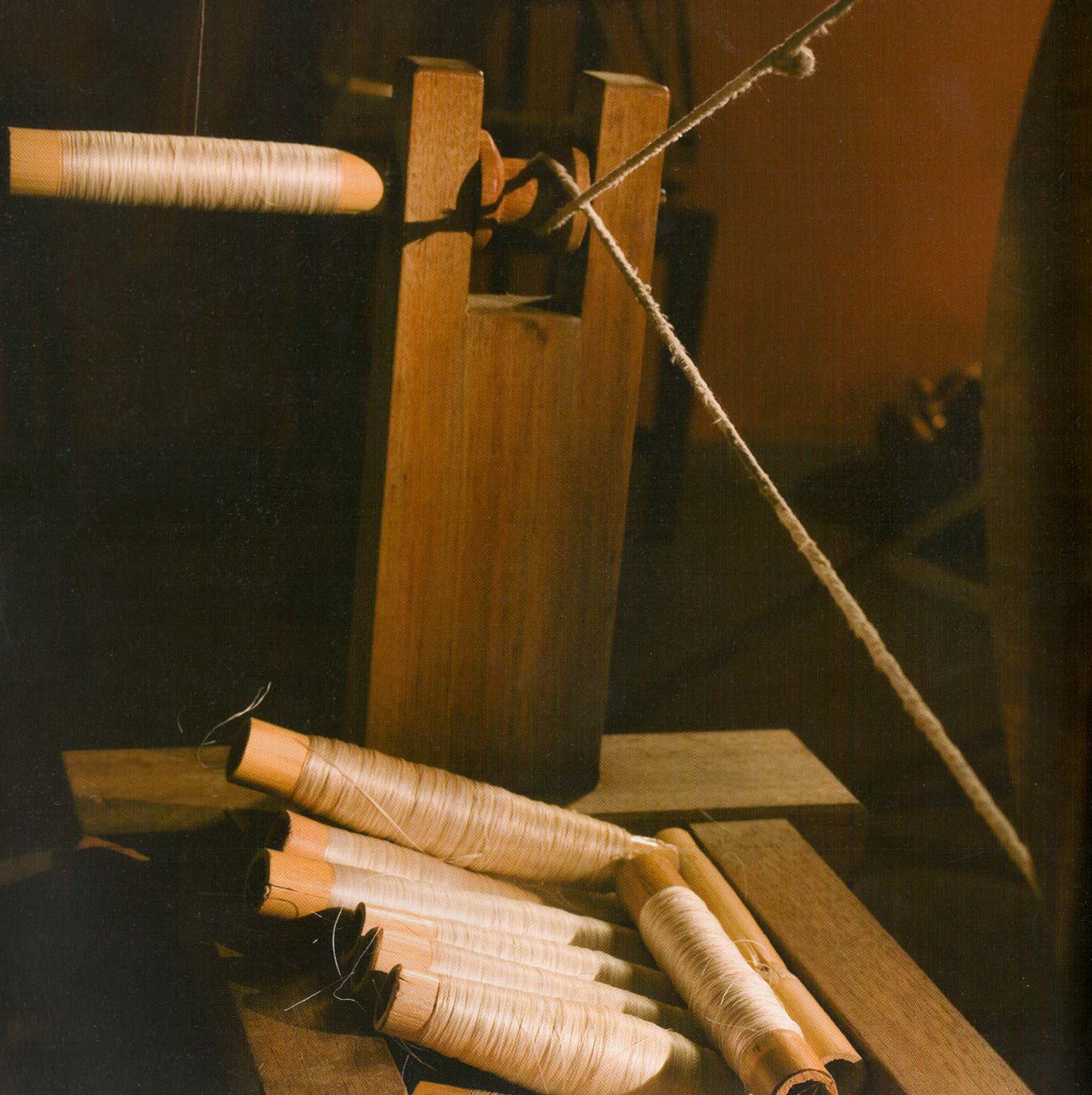 The skein of raw silk then has to go through a laborious process before reaching the loom. During the first winding process, the pieces are cleaned and tied to obtain continuous threads which are wound into small skeins using reels, classified according to their thickness by touch. Two or  more threads are taken from the reel using a redina and the skeins are wound onto a single cañón (cane).

The twisting and winding process can then begin; the two spindles carrying several threads are wound together by hand to produce a single thread. The twisted thread is wound onto a cañón and the thread is once again transferred to skeins using the wheel. These skeins are rinsed with hot water and soap and once the silk gum is removed, the silk begins to obtain its characteristic feel and shine. At this stage some skeins are selected and dyed. The silk is then transferred to rollers to prepare the warp on a wall warper or weaving reels. Finally, the resulting weave is wound tightly in the loom. Once the loom has been threaded, the silk is finally ready to be used as fabric.

Although silk is largely used in its natural colouring, dyeing the fibre can add contrast and luminosity, enhancing the beauty of the fabric. Natural dyes are used, traditionally extracted from fungi, animals and plants: walnut shells, dyer’s weed (yellow), eucalyptus (greys), walnut (browns) and the well-know cochineal (reds, maroons and pinks), which was gathered and successfully exported by generations of Palmeros in the old days. A mordant or fixer is also usually used. 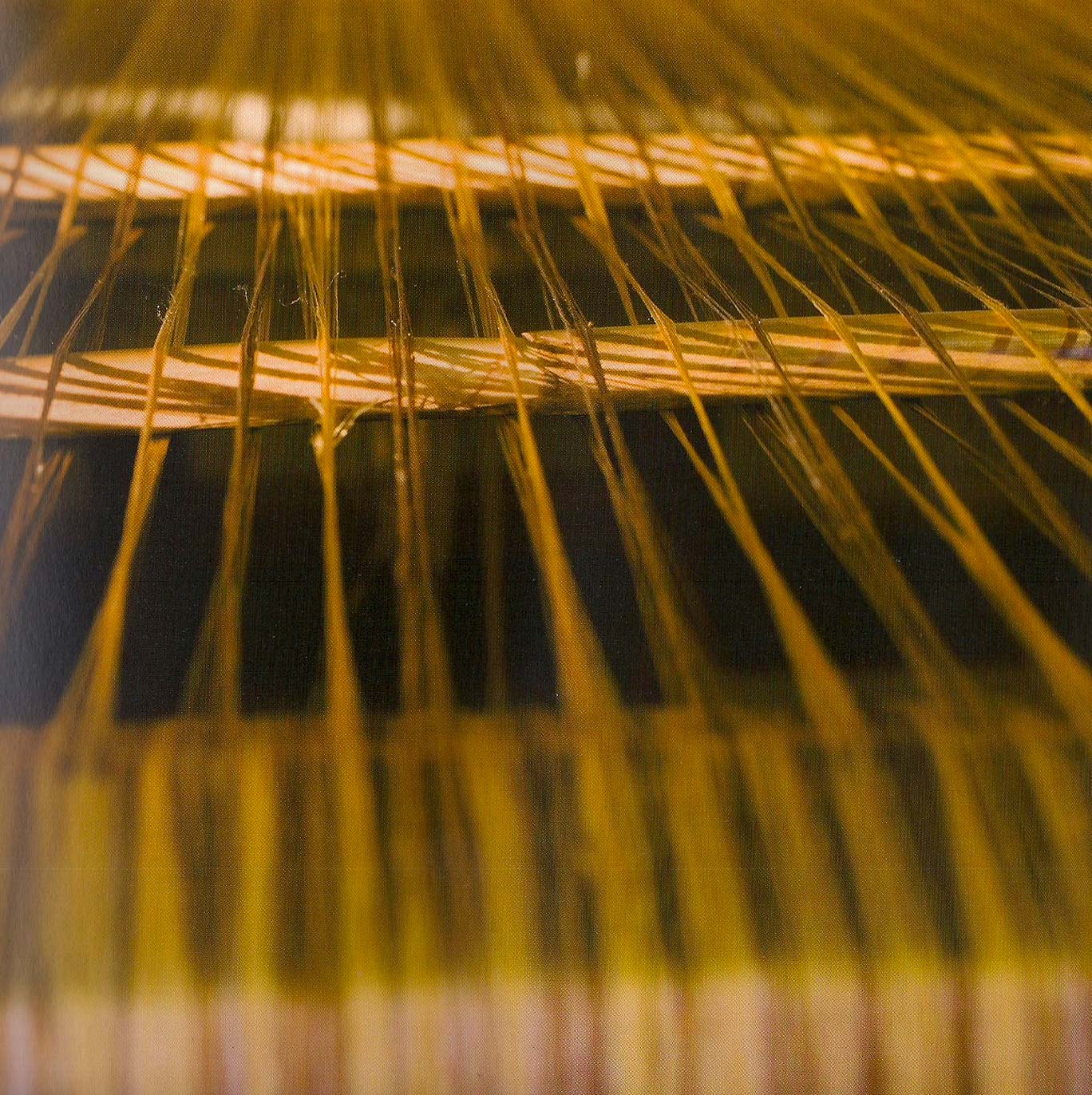 The loom used for weaving the silk has remained unchanged since being introduced by the conquistadors in the 16th century; it is pedal driven and made of wood with a variable number os frames, between two and four. The weaver passes the thread using the weaving shuttle between the rows of the warp, controlling the flow  and compacting and weaving strips of taffeta, gabardine, cord and palm or herringbone. This process the light and shiny fabric we know as silk, woven into a number of different designs. Garment are often created with hand-finished edges, The most common pieces include wimples and sashes for traditional dress, bodices, skirts, pocket handkerchiefts, ties, shawls and shirts – a complete catalogue of articles made using the most exquisite raw material.

These products have exceptional value, having been produced using a traditional art from that has taken root and found an exclusive refugie in El Paso.

The cultivation of silk in El Paso has become a heroic and admirable labour. The delicate beauty of its products gives them a place of honour in the tradition of handicrafts on the island, in Europe and the world as a whole.

We have made every attempt to include all necessary information in our web site. However, if you need further information, please don’t hesitate to contact us, either by sending the form below, or by referring to the contact details on this page.

From Monday to Friday.